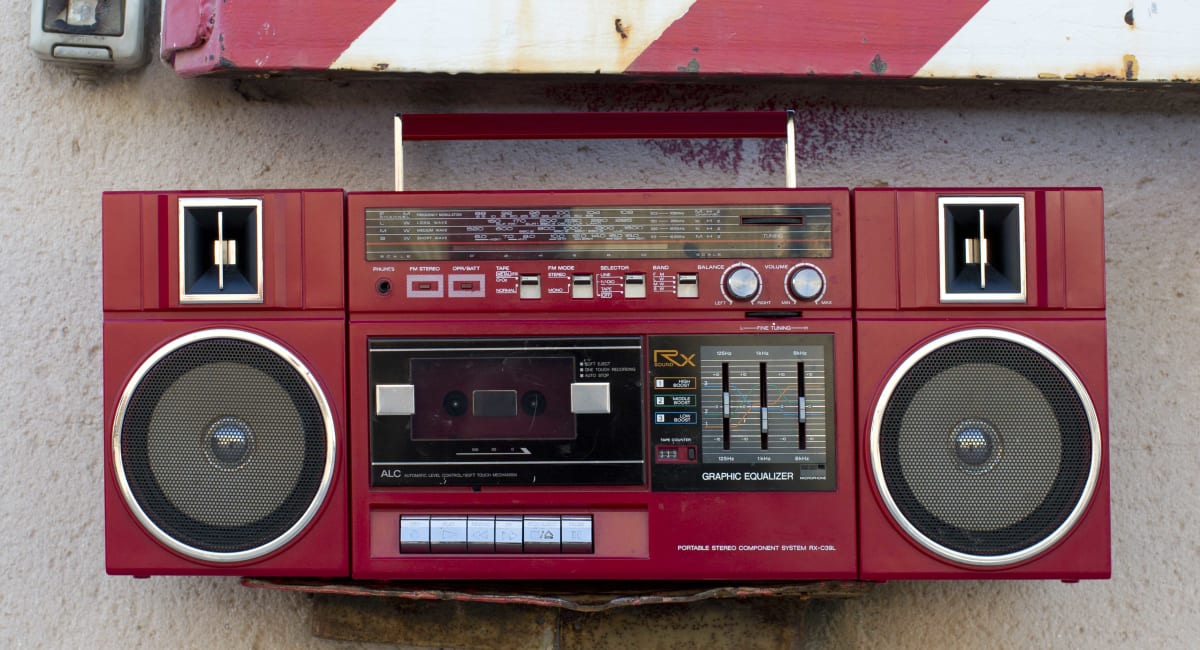 What is AM, FM? And what is radio SW, MW, LW? what's the difference between them? This article will give you the details.In general the radio or cassette player on both AM and FM bands, I believe we are already familiar with, these two bands are used for you to listen to country radio. If there SW bands on the radio, then in addition to domestic shortwave radio, you can also listen to radio programs around the world. In order to better understand radio,, the following is what is AM, FM, SW, MW, LW for a simple explanation.

①What is AM and FM?

Indeed AM and FM radio science refers to the two different modulation. AM: Amplitude Modulation called AM, and FM: Frequency Modulation called FM. Just general MW Broadcast (MW: Medium Wave) using amplitude modulation (AM) way, unknowingly, MW and AM equate between. In fact, MW just one broadcast way of AM. At the same time,  the high frequency (3-30MHz) in international shortwave radio modulation method is used for AM, FM radio or a higher frequency than the aeronautical communications (116 - 136MHz) also use the AM mode, but our daily said the AM band refers MW Broadcast (MW).
▲BACK▲
3)What Is The Differences Between SW / MW / LW? 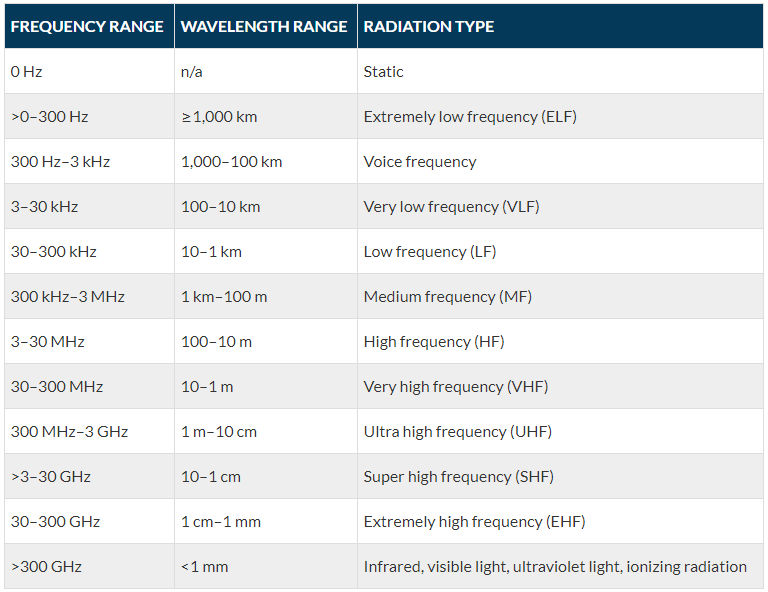 Fig.2: Frequency and  Wavelength of AM&FM
It can be seen from the figure that the wavelength and frequency of SW/MW/LW are different. At the same time, they have different ways on propagation.
Radio waves transmitted by antennas in certain directions are bent or even reflected back to Earth by the ionosphere, as illustrated in Figure. They may bounce off Earth and be reflected by the ionosphere repeatedly, making radio transmission around the globe possible. Long-distance communication is further facilitated by the so-called ground wave. This form of electromagnetic wave closely follows Earth’s surface, particularly over water, as a result of the wave’s interaction with the terrestrial surface. The range of the ground wave (up to 1,600 km [1,000 miles]) and the bending and reflection of the sky wave by the ionosphere depend on the frequency of the waves. Under normal ionospheric conditions 40 MHz is the highest-frequency radio wave that can be reflected from the ionosphere. 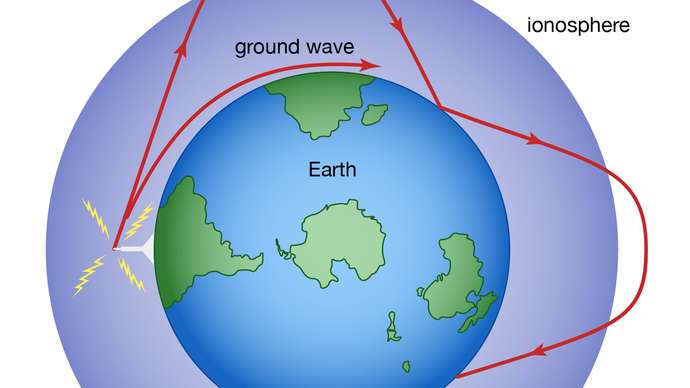 Fig.3:  Propagation mode
(1) There are two basic modes of radio wave of shortwave propagation: one is ground wave and the other is sky wave. Shortwave signals are mainly transmitted by ionospheric reflection (sky waves), and can also be transmitted by ground waves, as long as they are medium waves. Ultrashort wave communication mainly relies on ground wave propagation and space wave line-of-sight propagation. When the communication distance is short, a whip antenna is usually used to propagate ground waves; when the communication distance is longer, an overhead antenna or a radio set at a higher position is used to propagate space waves. When BTH communication is required, relay or scatter communication and satellite communication can be used.
(2) Medium waves of radio wave are propagated by ground waves and sky waves. In the process of propagation, ground waves and sky waves coexist, sometimes causing difficulty in reception, so the propagation distance will not be too far, usually several hundred kilometers. Mainly used for short-range local radio broadcasting, maritime communication, radio navigation and aircraft communication.
(3) Long wave propagation is mainly in the form of ionospheric waves propagating around the earth's surface, and the propagation distance can reach thousands to tens of thousands of kilometers. In addition, it can also propagate through ground waves within a short distance (200 to 300 kilometers). The electric field intensity of this band increases at night than during the day, and the shorter the wavelength, the greater the increase.
▲BACK▲
4) The Usage Scenarios of AM / FM And SW / LW / MW
FM broadcasting has a high frequency and a small signal coverage, about tens of kilometers, and generally only some local radio stations. If you use an outdoor antenna, you can receive more, but there are exceptions. Under the influence of a specific time or event (such as a meteor shower track), it will also spread far. In the past, there were some FM long-distance receivers and received many foreign radio stations. Instance. FM sound quality is better than amplitude modulation, and stereo broadcasting can be achieved, but the threshold effect is significant, and the signal is weak to a certain extent and the signal-to-noise ratio drops sharply.
In fact, regardless of long-wave (LW), medium wave (MW) or shortwave (SW) are based on the AM modulation.
Shortwave radio has a huge range – it can be received thousands of miles from the transmitter, and transmissions can cross oceans and mountain ranges. This makes it ideal for reaching nations without a radio network or where Christian broadcasting is prohibited. Put simply, shortwave radio overcomes boundaries, whether geographical or political. SW transmissions are easy to receive, too: even cheap, simple radios are able to pick up a signal. So shortwave is often used for audio services and is intended to be heard at a long distance from the transmitting station, but this long-range range is usually at the cost of lower audio fidelity.
Medium-wave radio is generally used for local broadcasts and is perfect for rural communities. With a medium transmission range, it can reach isolated areas with a strong, reliable signal. Medium-wave transmissions can be broadcast through established radio networks - where these networks exist.
Long wave is mainly used for medium and long-distance communication, ground wave broadcast, ground wave emergency communication, long wave mine communication, underground communication, standard frequency and time-sound broadcasting and radio navigation. Long wave is suitable for ocean transmission, followed by land transmission, but the loss value is relatively large, and the ocean is better, followed by land. At present, the propagation distance of the long-wave navigation station used in ocean navigation is only a few hundred kilometers, and a transmitter of a few KW can only transmit one or two thousand kilometers at most.
▲BACK▲
Sharing is caring!

1. How To Make FM Yagi Antenna?

2. The Principle of The Antenna